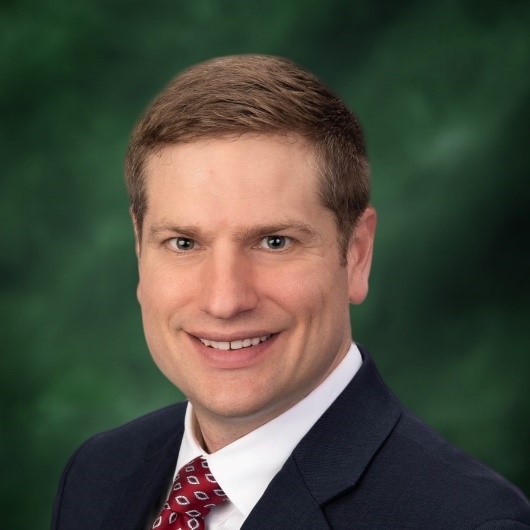 DUBLIN, GA (11/18/2022): Fairview Park Hospital is pleased to welcome Ross Kemp at its new Chief Operating Officer. Kemp joins us from Trident Medical Center, an HCA facility in Charleston, SC, where he served as Vice President of Operations. During his time there, he onboarded and launched a multi-surgeon oncology program, opened a new 10-bed Neuro/Surgical ICU, expanded their OR scheduling and staff capabilities, and more.

“Ross is a proven leader with a background in operations excellence,” said Donald R. Avery, FACHE, President and Chief Executive Officer at Fairview Park Hospital. “Ross’s background in strategy, operations and hospital construction management are critical as we continue to grow and expand our services to serve the healthcare needs of Middle Georgia families.”

Ross joined HCA Healthcare’s South Atlantic Division in Charleston, SC, where he served as the Division Director of Strategy for 12 hospitals. Prior to joining HCA, he served as a management consultant with PricewaterhouseCoopers in Atlanta, GA. He succeeds Stacey Howard, who was promoted to Chief Operating Officer at Grand Strand Medical Center, an HCA Healthcare hospital in Myrtle Beach, SC.

He earned his undergraduate degree from Syracuse University and his Master of Science from the University of Alabama at Birmingham. In his spare time, Ross enjoys hiking and shooting sporting clays. Ross is a native Georgian having grown up in Watkinsville, GA, and has family ties to Eastman and Augusta. He will be joined by his wife, Anna, and their American Foxhound, Layla.